In this month’s artist spotlight I wanted to share with you a name you should be familiar with – Kenton Bryant. Raised in Glasgow, KY – former WKU student – he’s got community hometown pride like no other. We’re gonna talk about why he’s being spotlighted and why his talent needs to be showcased.

I got to know Kenton shortly after I started working at WGGC in late 2020. When I initially discovered his music – it really was an instant click for me on the connection and just the raw country feel you get in his songs. The genre needs more of that – what Kenton brings to the table with his writing and recording.

If you follow along with what he’s got going on these days, you know he’s constantly trying to build his songs and his brand to its fullest potential. Opportunities writing with Kip Moore, even having a couple cuts on the new Luke Combs album out soon, only adds to his stardom. Among other things, I have found it’s different with Kenton and his work ethic. The lifestyle and relatability he brings with his music is what country is all about. From songs like Boys Like That, Closer to Over You, Sometimes She Stays, and his most recent single Covered In Dirt, which gained a big response on the airwaves, he’s got a presence that can really be felt. His songs and lyrics are just one of the reasons you need to make the discovery of him today.

He’s in Nashville full-time now – but you can still catch him playing local joints here in town like Spillway Bar and Grill, Yancy’s in Glasgow, and we are working towards a Capitol show at some point this year. Needless to say, even bigger things are in store for Kenton Bryant.

A Glasgow Giant – a rising star in country music, you’ll wanna keep up with what’s next for him and follow along with his career. Much success is headed his way, and he’s a force to be reckoned with in the country world today. Find him on socials @kentonbryant. Trust me on this, you turn on some Kenton Bryant you’ll be jammin’ all night. Song after song will have you asking yourself why haven’t I been listening before now. Kenton Bryant – a Glasgow Giant – is this month’s artist spotlight. 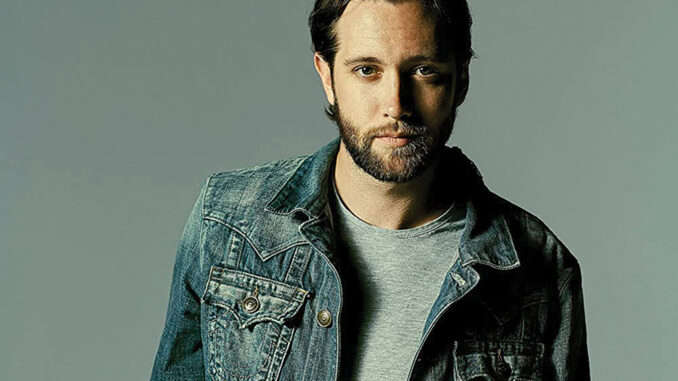