This month’s spotlight shines on my friend Parker Hamilton. I’m gonna fill you in on why you need to know who he is – and why you’ll be hearing his name more as time moves on.

I would imagine you might already know who Parker Hamilton is, especially locally, as he is a former WKU student. You know, back in his college days it was the late nights in his dorm room where he found the love and inspiration to truly pursue music and learn to play guitar. Growing up in Louisville, he was heavily influenced by the classic rock icons – also having an early love for 90s country artists that spilled into his style and sound that you hear today.

Parker is a down-home boy, a friend to everyone he meets, and he’s got the right amount of wild style to keep things interesting – you’ll find him at Hilligan’s on a Wednesday afternoon just living it up with the boys in the band. Now, most of the time I’m there, too, but my point is he’s a good time and that carries over to the stage, too.

Speaking of stage – let’s talk about the shows. The guy puts on high-energy, crowd-pleasing, hit-filled shows. If you’ve never seen him, you’re missing out on all this and more. If Brantley Gilbert and Hardy had a baby – it’d be Parker Hamilton. The grittiness of his voice mixed with original songs like “Raise Hell, Praise Dale” and “Holler At Me” make for a party unlike any other. If you were at the Craig Campbell show recently at the Capitol Theater, you saw him take the opening slot, which only adds to his impressive lineup. His band – Todd, Lane, Jacob and Trevor – are the driving force of the shows and they’re some of the best dudes around, which totally completes the show.

Find him onstage at local joints like Dublin’s Irish Pub, Spillway Bar and Grill, or rocking down on Broadway in Nashville at Doc Holliday’s Saloon. Go see the guy – you won’t regret it and I guarantee you’ll be coming back for more. If you’re into real, raw, down-home country – he’s the guy for you.

You’ll want to follow him – keep up with the journey – on social media and his website – @parkerhamiltonmusic and parkerhamilton.com 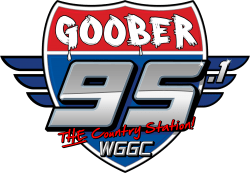